THE ROLE OF PLASTIC SURGERY IN MODERN ERA 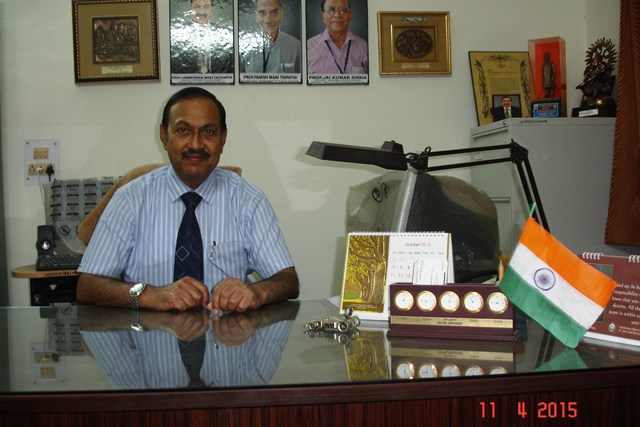 Plastic Surgery is a fascinating term in today’s world hiked by media, magazines and films. The common men also think some aspects of this superspeciality which are not correct. They are

It has originated in western world.
Plastic Surgery often thought synonymous with cosmetic surgery.
It is also felt that it is very expensive.
There is no emergency in Plastic Surgery unit.
It can be performed with preliminary basic technique.

To respond to these thoughts, I would like to clarify as follows :

It originated in India and Sushruta (600 B.C.) is acclaimed as Father of Plastic Surgery all over the world. He was trained and practiced in Kashi, Varanasi. Many techniques that are described today are there in Sushruta Samhita.
Cosmetic surgery constitutes only ten percent of Plastic Surgery.
It does not cost extra and is comparable with other surgical procedures.
Plastic surgeons deal emergency cases from head to toe including Burns. It is always an important specialty in poly trauma unit.
Specific intensive training and knowledge is necessary to deal with variety of Plastic Surgery procedures. Remember that mostly it is surface surgery, so good as well as bad results are apparent to the whole world.

We operate from head to toe, therefore there is no monotonicity. With the advancement of technology and knowledge twelve subspecialties have emerged and no one person can perform everything.Large varieties of cases are meticulously handled. Broadly they are :

Congenital Anomalies: The defects of the birth such as inadequately or abnormally developed, lip and palate, Hand and feet, external urinary system, deformities of Nose and Ear, asymmetry of face, vascular malformations, etc.
Post infective problems: There may be large defects following infection with or without deformities. Lymphoedema (Elephantiasis) of the limbs and penoscrotal regions causes incapacitation of routine functions of life.
Post traumatic defects: Following trauma there may be defects of various magnitudes which requires repair or reconstruction of missing parts. The trauma may be road traffic, agro industrial, factory injuries, homicidal by guns or any sharp objects.
Onchological operations: To ablate cancer of any part major operations are performed. Such procedure has two parts-(1) adequate excision of the tumor and (2) reconstruction of missing parts by similar tissues from other areas of the patient’s body. Plastic Surgeon plays major role in the reconstruction without which the patient cannot be rehabilitated functionally and socially. Such procedure demands advanced training and dexterity.
Burns and its Sequelae: Burn injuries can be of large varieties as is evident almost in everyday life. According to the causative agents it can be thermal, scalds (hot liquids), electrical, chemical and frost bite. According to the location of the accident it can be domestic, factory or common public place. In a close room there is possibility of inhalation injury to the respiratory tract making the situation more serious. The reason of burn can be accidental, homicidal or suicidal.
Microsurgical tissue transfer: There are several ways in which microsurgical technique is used. (a) A large volume of tissue is transferred from one part of the body to the other depending upon the reconstructive requirement. (b) Reimplantation of any amputated part. (c) Finer procedures are better performed under magnification with superior result
Aesthetic Surgery: It has many spheres of application. Many deformities can be corrected and the shape can be changed of nose, chin, jaws, eyebrow, ear, etc.It can also restore hairs on various types of baldness. Excess of facial hairs on females can be removed by electrolysis and LASER.
Aged faces can be rejuvenated by face lift. Large breasts can be reduced and smaller breasts can be made larger and attractive. Excess fat is removed from various regions of the body, including gynaecomastia in males, by suction assisted lipectomy giving better body contouring.
Various modern technologies are used in indicated situations such as implants, tissue expanders and LASERS. Many other social problems are routinely tackled by a Plastic Surgeon such as Scars, white patches, paralysed face, and leprosy deformities.
Thus Plastic Surgery is a very wide specialty and there should be proper information and understanding in the public regarding the indications and usefulness of this very important branch of surgery. Many a times it is asked “why it is called Plastic Surgery?” The word has been coined from the Latin word Plasticos, which means moldable. That means a Plastic Surgeon can mould a tissue according to the required shape and size of the patient. This is the reason why this subject is so fascination, challenging, exciting and demanding.